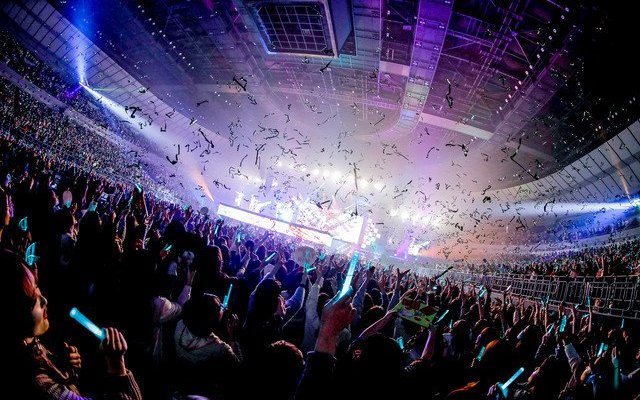 Battle at the Budokan: ALL OUT WAR >>> The 27 Club vs. The BeatleStones

The 27 Club Challenges for the Musical World Title

Well beyond maximum occupancy, the Nippon Budokan is experiencing rock and roll history again here tonight, on the eve of an otherwise ponderous new year. After sneaking past several layers of dense vivascanning security blobs, as well as dual snout drug sniffing dogs, this reporter manages to find herself within pissing range of the greatest talent living, dead, or otherwise reassembled through modern scientific miracles.

Management at the Nippon Budokan have recently invested in the most expensive
Narcissus 8 light bending contraptions. All that, and your fair reporter has smuggled along 3 old fashioned joints and a pint of vodka. Yes, I know vodka is off limits. Moving on.

Bathed in sounds as I bath in smoke, the concert challenge is about to begin. Fireworks before the fireworks tonight. The 27 Club, featuring Jimi, Jim, Kurt, Amy and more square off against The BeatleStones; Brian Jones will perform with both bands against himself. If anyone can handle the task, it’s the sitar slinger himself. The BeatleStones are expected to be sitar heavy tonight.

Holographic Bob Dylan has flat out refused to perform, hobbling any possible challenge from a globular version of The Travel Wilburys superband. There is also telepathy amongst the crowd about the exclusion of the rap community super group, a rather formidable opponent, yet to receive a shot on this current world tour.

Eyes up time, it seems the belligerents are gathering with their instruments. I think I see Mick in his Altamont outfit. I think he means business. This reporter will wrap up the story in the morning assuming I survive. An oppressive new year to you all. And I must inform the rude sentient being stepping on my foot, that I will not suck his robotic cock.

“I completely shit myself, plus, I can’t feel my arms. This is the best concert ever.” ~~

The Asteroid Miner standing behind me grabbing my ass.